2 Murals, Some Bears & Some Doors

The City of Grants Pass, Oregon and Evergreen Federal Bank sponsored "Bearfest" for 3 years in a row beginning in 2003. I was one of the artistis invited to particiapte. We were provided pre-fab fiberglass bear shapes to embelish. My "Cubist Cub" was donated to the Grants Pass Art Museum and has adorned the outside entrance to the museum since then. In 2014, Evergreen Bank decided that the Cub needed to be re-inforced and re-fiberglassed, which meant it had to be completely re-painted. You can see below the before and after images.

Another Evergreen Bank project were The Doors of Oregon. The bank took over an old riverside hotel and renovated it. The original solid wood doors were recycled by hiring aritists to each decorate two sides of a door depicting famous Oregon scenes. I chose Oregon Coast as my subject. 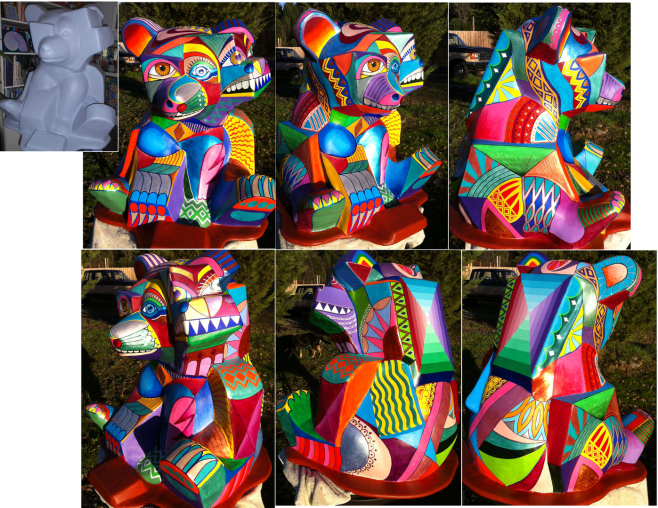 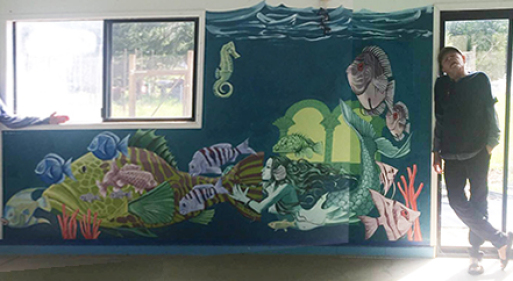 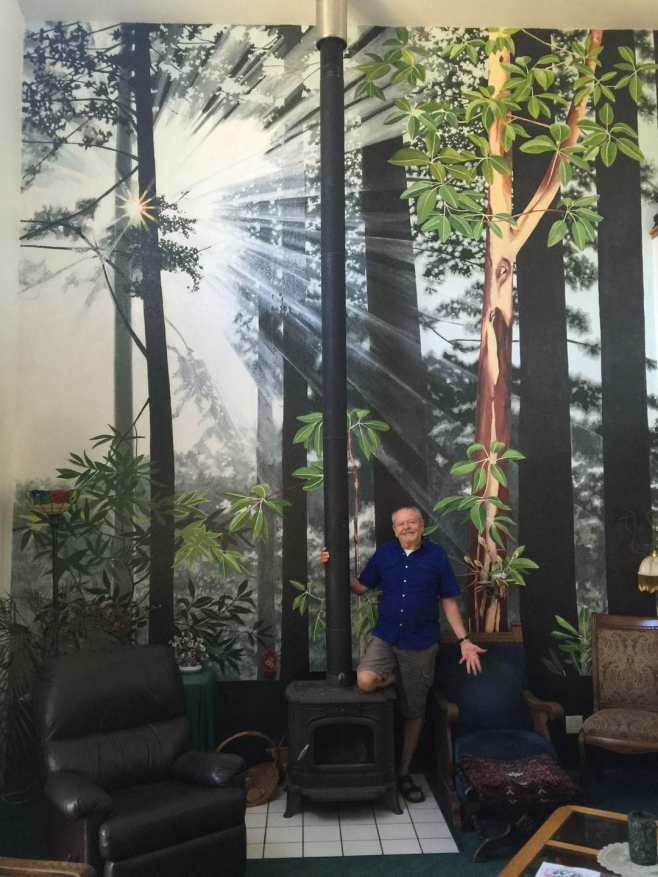